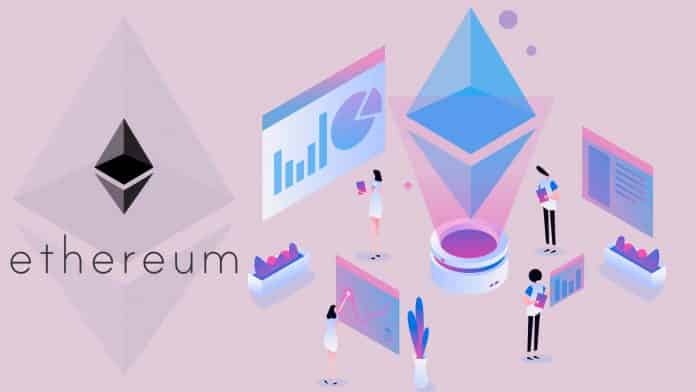 Ethereum is proving its worth as the largest altcoin of the global crypto market by market capitalization as it continues to trade above $700. With Bitcoin price exploding and hitting fresh All-Time Highs, the 2nd major cryptocurrency in the lien is seen following the market’s bullish sentiment. Also, it is considered undervalued by many networkers, and a $1000 mark is the nearest assumption for the massive altcoin.

Underestimated is one thing which definitely ETH should not be, but on the other hand, it is undervalued due to the fact that ETH 2.0 got postponed and

got into action in December, which was supposed to take over before Cardano’s Shelly.

As per the Ethereum Prediction, the coin is just hitting the right chords with its current ultimately bullish momentum over the past few weeks. In this regard, ETH has strengthened around 36% from the last week’s support of $551 to a clear YTD high of $750 that shows a rise of over 5% in one day for over the past seven days.

At the time of penning down this analysis, ETH/USD was seen trading at $745 after a clear rejection from its YTD high marked at $759 just yesterday. Due to intraday downward correction from Ethereum’s YTD high, it is seen drawing a bearish crossover on the 3-hourly MACD chart.

But the trend appears to reverse, and a bullish turn is likely as we sit on the last day of the trading year and the trading volumes rise for Ethereum with high hopes of it crossing above $800 and targeting $1000 in the early months of 2021.

The price trend of ETH/USD is clearly inclined towards the upper 20-day Bollinger Band on the 3-hourly monthly chart, and with no so steep rejection at YTD high, it is still retaining support from 50-day and 200-day MA at $688 and $622, respectively.

The MACD draws a bearish crossover as the signal line takes over the MACD line, and the RSI is inclined towards the overbought region at 62.31.