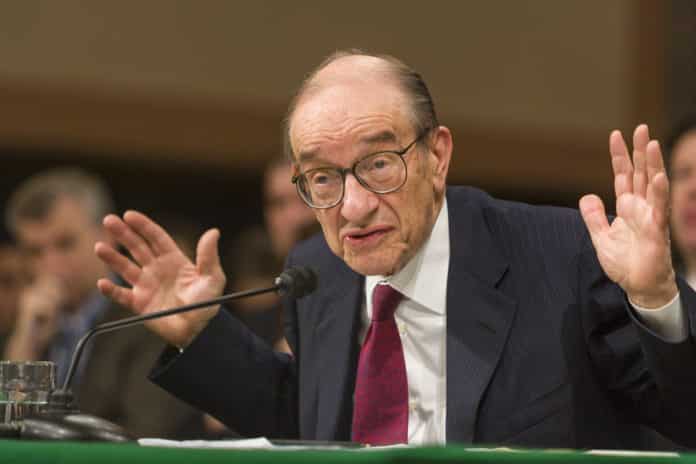 On November 12, 2019, Alan Greenspan, the former US Federal Reserve Chairman, said that central banks have no motive to issue cryptocurrencies at the Caijing Magazine Annual Conference 2020.

Alan said those words after China’s announcement of launching digital currency at the beginning of 2020. He continued that the financial resources called sovereign credit can back the national currencies, and there is no match of central bodies with it. He pointed on Facebook’s project, i.e., Libra, by saying that the US sovereign credit is too far that it is out of reach of Facebook. But, this discussion is out of the context with the subject of central banks.

Other officials of the Fed think differently from Greenspan. Patrick Harker, the Chief of Philadelphia Federal Reserve, said on October 2, 2019, that digital currencies are inevitable, and the US should patiently wait for other nations to accept the technology. He continued that their country can move forward and take a step to introduce the technology in their nation.

Two years ago, in the conference, the chairman, Jerome Powell, said that if central banks issue virtual currencies then, it will target the cyber-attacks, cyber-theft, cyber-counterfeiting, and other cybercrimes. Powell also expressed thoughts about Facebook’s Libra that it raises big concerns regarding privacy, consumer protection, money laundering, and financial stability. It is required to address all the concerns publicly.

Other countries like Canada, Russia, and Turkey are also showing interest in issuing digital currency backed by central banks.