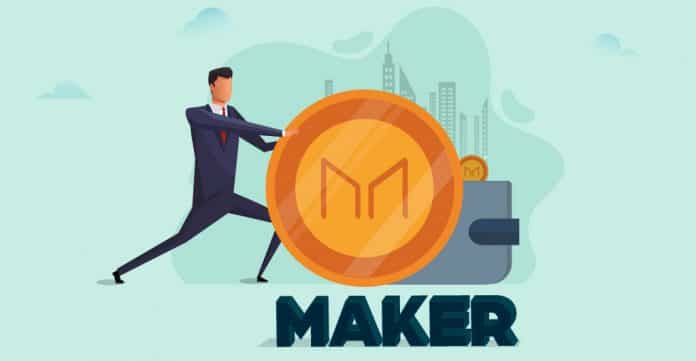 Recently, the Maker has regained its lost position in DeFi space and surpassed Compound (COMP) as far as the value of locked-up assets goes. This has happened as the DeFi sector is growing significantly. Decentralized Finance (DeFi) has taken the whole crypto ecosystem by storm over the last few weeks. Maker has locked a total asset of 640.8 million USD, while Compound was on 638.3 million USD after an 8.55% slump over the last few days.

After a bearish movement over the current month, Maker seems to have put the first step towards stability as of now. Yesterday, it was trading at $455 with a flattish trend. However, over the next 15 hours, MKR/USD faced a sudden decline.  By 16:40 UTC, the price fell to $449.80, but then, it managed to regain the upside momentum and marked a steep hike.

Over the next four hours, the MKR price climbed up to $470, the highest point for Maker throughout the day. Later, it couldn’t retain the uptrend for long. With a few ups and downs, it moved through a slope and retested the $455 price level again. After hitting $455, the Maker managed to show steady upward movement, and at the press time, it managed to cross $460.

Despite the recent surge, the MACD shows a bearish crossover as of now. The next few days may witness a volatile movement in the price of MKR. However, there may be a support for the coin at $455.