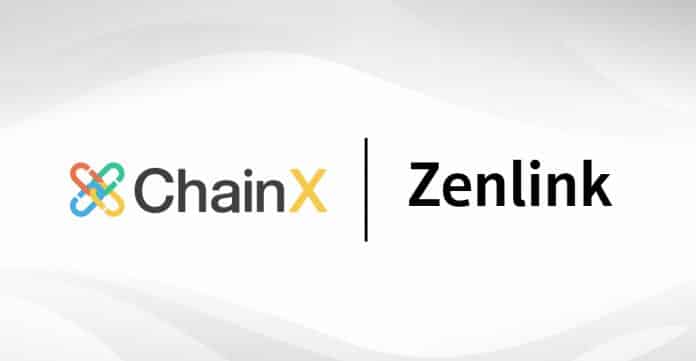 Working as a robust cross-chain DEX protocol curated on Polkadot blockchain architecture, Zenlink has announced the news about its strategic collaboration with ChainX, which serves as the largest Layer-2 Bitcoin network. The integration between the two renowned platforms will drive joint efforts to build Polkadot DEX, characterizing the best features and operational functionalities. The ChainX team took to its official Twitter handle to broadcast the partnership news stating:

According to the blog post, Zenlink and ChainX will strengthen the Polkadot DEX infrastructure by supporting the growth of several core objectives. They will lay strong emphasis on promoting unified exposure to technical drive, community cooperation, expansion in different marketspaces, pattern development, and many other core values.

The team-up will eliminate the confined status of DEX orders in a big way. It will leverage the facility of sharing the order book between all parallel chains working in the Polkadot network or in the ChainX system and utilizing the full-chain ledger agreement of Zenlink. They will work to promote a trustworthy and secure decentralized mechanism for the users.

Zenlink helps to maintain a strong connection between the various chains working on Polkadot by ensuring high-end security and transparency of important data. It allows the sharing of the DEX order book among the multiple Parachains of Polkadot. This helps in creating a simplified, open, extreme, and interrelated universal pluggable DEX solution that caters to the needs of one and all as a joint community. With Zenlink Protocol implementation, the platform aims to build a new advanced module of DEX amongst the different Parachains.

ChainX revolutionizes the inter-chain assets. By building a connection with ChainX, any chain can enjoy asset interoperability with all other chains seamlessly and economically. It calculates the users’ mining power depending upon the market value of the deposited assets through an inter-chain bridge. Multi-sig contracts secure the assets, and so dwindling with them is not possible. The network’s native currency is PCX, which helps users participate in inert-chain mining more easily. After its splitting into a multi-chain system, ChainX runs as Polkadot’s level2 relay chain. It focuses on mapping the inter-chain assets dealing on the Polkadot network.