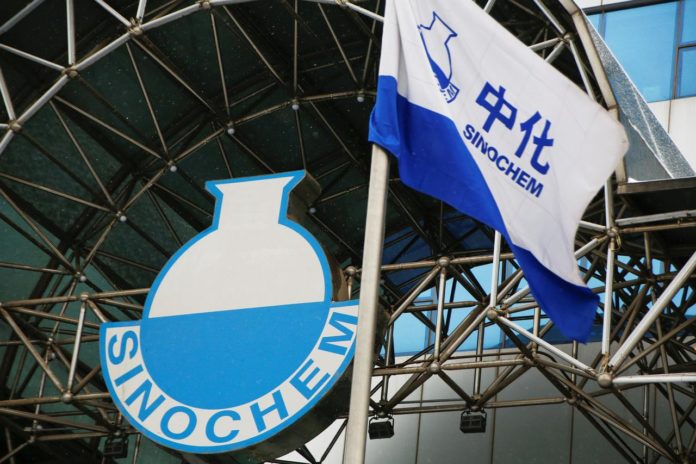 According to the sources, crude oil is an incubator project in one of Sinochem’s units, with tremendous growth potential. It was in July that Shell and Macquarie mutually agreed on further exploring the idea of building a blockchain platform around the same.

Dubbed as Gateway, the said blockchain-based platform, is approximately valued at 100M yuan ($14.10M), a source added to the report. Initially, Sinochem Energy initially had it planned to open doors for investors latest by October, apparently as the firm is said to be in terrible losses. They are also reported to be in group-level talks with PetroChina Co. and COSCO Shipping Energy Transportation Co. Ltd for investing in its neoteric blockchain platform for energy trading.

Gateway from Sinochem will leverage the blockchain technology to diminish trade and settlement latencies, enhance transparency, and eliminate the risk of fraud.

Some are of the opinion that Sinochem Technology is mimicking Vakt, the world’s first digital network for the trading of crude oil between commodity firms. Interestingly, Shell also backed the creation of Vakt. It was an associative venture with oil majors such as BP and Norway’s Equinor, plus trading houses like Mercuria Energy Group and Koch Supply.

Sinochem, since its advent in August 2017 with a capital of 1 billion Yuan, has mostly struggled through these last couple of years with high spending but minimal revenue. The planned partial privatization of the company’s main energy business at a value of $2 billion was postponed only last year following poor reception from the market. The firm has also reportedly plowed in another 600 million yuan into its proposed energy technology, which has cut down on half of its employees from a peak of 1,000 staff working for Sinochem.

On a global scale, energy stocks are sternly poised to continue yesterday’s gains, aided by broader index futures, which neared 1% gains right after the news broke that the U.S. and China will finally meet for trade talks in October.