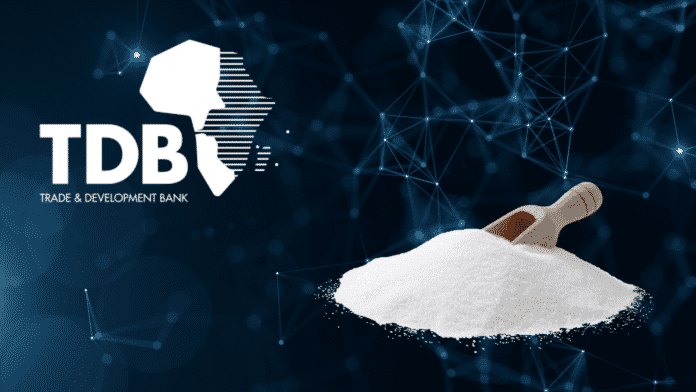 The Eastern and Southern African Trade and Development Bank (TDB) has finalized the trade of sugar using the production blockchain platform, dltledgers, for an African Development Finance Institution (DFI). The total valuation of the white cane sugar trade transaction is $22 Million.

As per reports, under the $22M sugar transaction deal, a total of 50,000 metric tonnes of white cane sugar will be shipped to the buyer. The Singapore-based global agro-commodity company, Agrocorp International, will be the trading partner and TDB will be the negotiating bank, in the deal. Speaking of the collaboration, Admassu Tadesse, TDB President, and Chief Executive said,

Focusing on the need for reducing carbon footprints, he went on to add that,

According to an estimation, the move to adopt blockchain for closing the deal has saved a total of 4 days. Further, the transaction becomes paperless and reduces carbon emission with an added layer of security. The encryption and verification technology that comes bundled with blockchain reduces the risk of potential hack and ambiguities in the happens with conventional paper-based documentation. Additionally, the switching on the blockchain has reduced the trade finance gap, which is $1.5tn for the year and expected to rise to $2.5tn by 2025. Besides, it has the potential to boost trade exchanges, especially in Africa.

The Eastern and Southern African Trade and Development Bank (TDB), established in 1985, is a multilateral, investment-grade development financial institution owning assets worth $6 bn. TDB’s COO, Michael Awori,  stated that the firm is excited regarding the partnership with Agrocorp and dltledgers. It has the “potential to revolutionize how we finance cross-border trade at the Bank,” he added.

dltledgers is a company based in Singapore and focused on cross border trade execution. It spread its operation across several regional and global banks. Dltledgers’s CEO, Samir Neji, said,

Agrocorp International is one of the leading agricultural commodity and food solutions providers in the world and is in business since 1990. Notably, the deal is the largest single-trade transaction made by dltledgers until now.