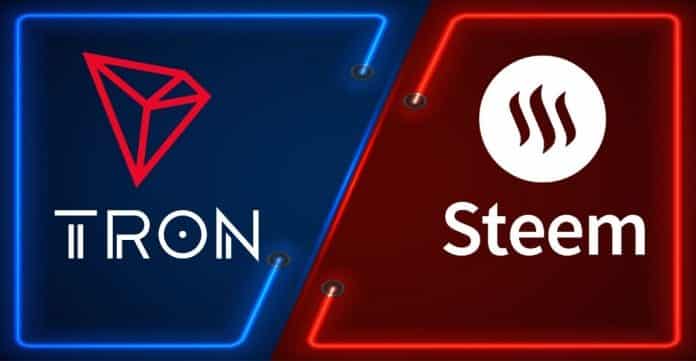 Steemit, from the start of its inception, had a very troubled past. It was supposed to be a robust social media platform that was to be launched at the end of March 2016, but surprisingly it went live on March 23, 2016, to which there arouse a massive rage of confusion amongst the developers.

The project was being executed in the basement of a ranch home of a self-made millionaire and a successful coder named Dan Notestein, who was also working on the project as a contract worker and three other developers. The project was funded by the co-founder of the startup Steemit, named Ned Scott and Dan Larimer, the respective CEO and CTO of the company.

Steemit was designed to be the first-ever social media platform that would reward its users with cryptocurrencies, and it was the first of its kind. Everything was going well with the project, with the three developers putting the final touches on the blockchain platform named Steem and its token named STEEM.

The confusion started when the developers found out that the platform has been launched before the scheduled date with its mainnet already live and running without the consensus of the developers. This irked the developers. It was later discovered that the co-founders Scott and Larimer used this surprise launch to mine 80% of the STEEM token supply, which disrupted the even distribution of the tokens among the investors.

Amidst all these, the Steemit platform blossomed victoriously and gained over millions of followers who flood the news feeds with daily posts discussing almost everything ranging from technical analysis to talking about the most exciting games on the Steemit platform. The platform also reached a market cap of $1.9 billion within a few months.

The problem again began when Justin Sun, the CEO of the Tron, which is a platform for crypto gambling apps, proposed to buy Steemit and bring the community into his Tron blockchain ecosystem. Accordingly, Sun made a deal with Scott and offered him just $8 million to buy the company and the ninjamined the stake.

Sun also put a condition on the deal that he would only pay 70% upfront, and the balance would be paid once the Steem token is transferred to the Tron blockchain after the acquisition formalities are complied with. He planned to keep the Steem tokens name as it is to retain the popularity and confidence of the community but run the platform on the Tron network.

When the deal was announced on February 14, the investors of Steemit found this to be a hostile takeover. The price of the Steem tokens soared to $0.30, which doubled the value of Sun’s newly acquired 65 million Steem tokens that were ninjamined at a stake of $19 million. Therefore, it was a massive win for Sun.

But the Steemians were furious at this secret sell of the platform to the Tron ecosystem and at the same time they were worried that Sun with his huge supply of Steem tokens might try to rip the tokens out and use it in his blockchain thereby blowing a massive blow to the Steemit platform.

To reiterate this, the Steemit community charted a secret plan to freeze all the Steemit tokens acquired by Sun by which he loses all the voting rights of the coins and also froze the CEO’s funds. They did this by secretly running a software upgrade on the blockchain. To this, Sun wrote an open letter where he expressed his desire to work together with Steem to make it grow again, but in his mind, he was charting some other plans to win back his blockchain.

Sun then reached out to the biggest crypto exchanges like Huobi and Binance. He managed to rig the voting system of Steemit and win over his blockchain again though illegally. The community members discovered this quite late when they found their tokens being used against them. The crypto war between the Tron ecosystem and the Steemit community thus began with Tron illegally taking over Steemit.