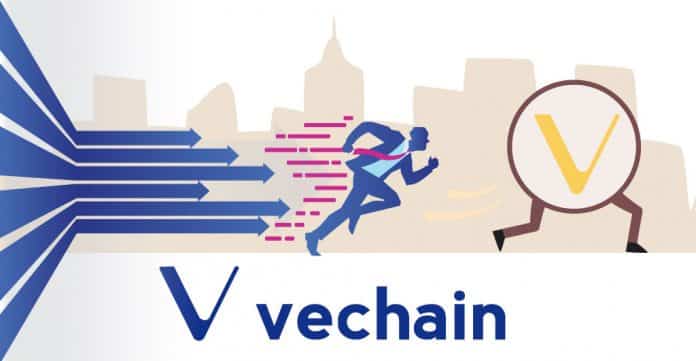 VeChain price movement has always been more distinctive than the most. Recent days have witnessed a similar movement in the currency. The VET coin was spotted, marking a steady downside correction from the last week.

As per the recent market updates regarding VeChain, Princes Industrie Alimentari and Coldiretti have allegedly ventured to launch a project for the supply chain of the vegetables, integrating VeChain as a DLT (decentralized ledger technology). Coldiretti, aka Confederazione Nazionale Coltivatori Diretti, is among the largest associations supporting and representing Italian agriculture whereas, Princes Industrie Alimentari is the largest processing plant of tomato in Europe, Foggia, Italy.

According to the reports, the companies have signed an annual contract, which would be at least 3-years supply chain agreement in the future. This initiative is taken to encourage the “Made in Italy” label for promoting national origin and quality. Among the numerous initiatives, the farmer associations, along with the company, are coming up with a digital platform focusing on the VeChainThor blockchain.

The objective of the project is to activate the tracking of all products to improve quality. The same was in the development phase for almost a year and a half and involved 300 companies with more than 17 cooperatives and six producer associations. The same is likely to use the VeChain blockchain to track their respective deliveries.

The same would increase the popularity and, in return, benefit the VeChain. The popularity of the currency is speculated to increase in ten folds.

The weeklong chart of the VET/USD is indicating a massive decline. However, recently, the currency has reflected an improvement. On July 16, the coin was at $0.0189, and within the next couple of hours, the price spiked to $0.0193. Later, the market pressure took over the VET coin, and the price fell to $0.0175. The next couple of days, the improvement took the price to $0.019 but couldn’t hold for long.

From July 19, the coin marked a tremendous drop, and yesterday, the price of VeChain spotted at $0.0158. The plunge was so drastic that it breached its crucial support at $0.016. However, on the same day, the currency managed to regain the upside momentum and escalated to $0.0182 but couldn’t managed to stay at this high. At the press time, the VET price spotted at $0.1718.

Looking at the daily moving averages of 20 & 50 days, the lines are forming bearish crossover. Hence, VeChain might face downward correction in the upcoming hours and might cross the $0.16 mark.