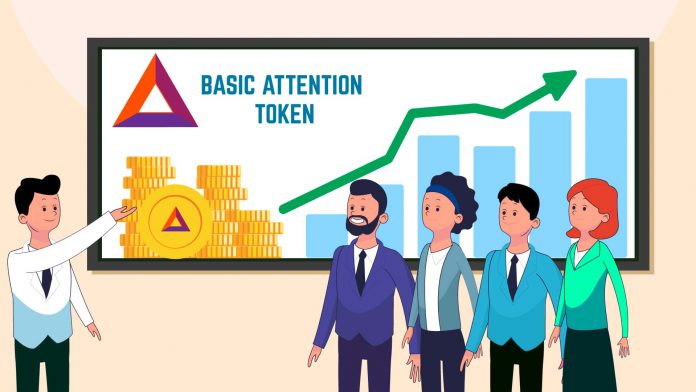 Coincheck exchange- a Japan-based cryptocurrency exchange will soon support trading of Basic Attention Tokens. The Monex Group — the owner of Coincheck exchange, announced that recently. It should be reported that BAT will be the 13th token to be traded on the exchange.

The currency has done exponential growth over the last few months during the pandemic. The total users have recently crossed 15 million marks. It is a good sign for Basic Attention Token. The greater number of users and the widespread adoption of the token will boost its credibility significantly.

Yesterday, BAT/USD spotted at $0.2611, and it continued trading under the bearish influence as it fell to the lowest point of the day at $0.2559. From this low, the token started trading upwards. The slow and steady upside price movement helped BAT to touch $0.2709 around 22:00 UTC.

However, at this high, the Basic Attention Token faced rejection and started correcting downwards. The currency marked a steep fall overnight, and today, from the initial hour, BAT managed to trade above $0.26 with moderate fluctuation.

The MACD reflects bearish crossover, but as per the current price momentum, The Basic Attention Token might test its previous high around $0.27. Investors need to be cautious of any sudden movements of the BAT.