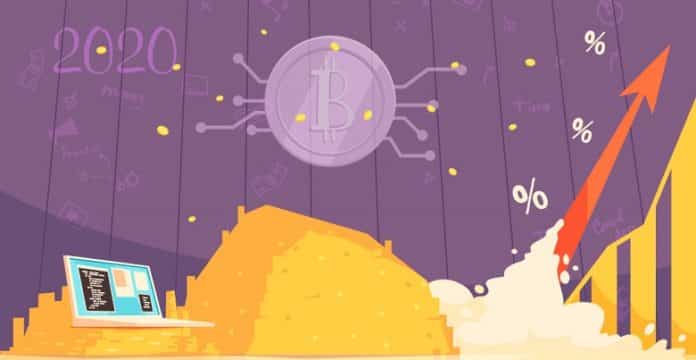 If you are someone who has a great deal of interest in cryptocurrencies and keeps oneself brushed up with the latest happenings in the industry, then you must be aware of the fact that anything projected for virtual currencies cannot be held true unless it happens for real. This world of lucrative profits, high incomes, and positive returns comes with an unavoidable probability of uncertainty as well. Where the price of Bitcoin might be skyrocketing on one day, there remains an equally high chance of the values plummeting down steeply on the very next day or the next hour.

The current year has been like a roller coaster ride for Bitcoin as well as other reputed cryptocurrencies. In June, the price of Bitcoin witnessed a whopping high of $14,000, which gave a heave of sigh to the owners. However, as the year headed towards its end, the price slashed down by nearly 50%, and today, BTC is rolling at the value of a meagre $7,400. Despite this major downfall in the price value of Bitcoin, there are some crypto analysts and researchers who are placing their bets on the digital coin for the approaching year with great aspirations. The big brains of the industry have opined that the new year is likely to open doors of new success for Bitcoin owners as the coin will enjoy a price surge in the future.

As Bitcoin holds the title of being the world’s first crypto coin, it always remains the central focal point of discussion in the crypto niche. Though the success of Bitcoin can only be prophesied at this point, there are some prominent reasons which can trigger the success rate of the coin in the coming year. This article will help you get an insight into the chief factors which will increase Bitcoin’s popularity in 2020. Have a look:

The legal status of Bitcoin is different in different parts of the world, particularly because of the variation in the rules and regulations perceived by a country. The present era is witnessing the widescale adoption of cryptocurrencies in every part of the world. Where on the one hand the regulatory bodies in some parts of the globe are following a stringent methodology towards digital currencies, on the other hand, some countries have adopted leniency towards the flourishment of this new-age monetary industry.

Interestingly, major economies like the USA, Russia, China, Japan, etc. have shown a keen interest in providing tools for the expansion of the crypto sector as a whole. A suite of regulatory guidelines has been framed by the authorities to streamline the operations of the cryptocurrency trading exchanges and institutions. This has given helped in giving a boost and a legal consideration to Bitcoin.

With the growing popularity of Bitcoin and other cryptocurrencies amongst the masses for all industries including bitcoin gambling, the biggest business personalities and entities have started investing their funds in this space. Due to constant efforts taken by the crypto enthusiasts in developing advanced and innovative technologies, the Bitcoin network has become more efficient, user-friendly, and reliable. Some analysts opine that Bitcoin has the full potential to become the mainstream payment system in the future. The use of blockchain technology helps in establishing Bitcoin as one of the most reliable, transparent, immutable, fast, and economical payment settlement systems available in the financial market.

With the proliferation of blockchain technology in varied industrial domains, Bitcoin has also expanded its market share manifold times. The Bitcoin owners can indulge in easy trading of their digital assets facilitated by the globally reputed crypto exchanges which deal with BTC trading.

Bitcoin is fast evolving as the new-age currency owing to its unprecedented excellence in channelizing payments in the most efficient manner. The widescale adoption of Bitcoin is not just limited to the developed countries; rather, keen interest has been shown by the developing countries as well. The underdeveloped countries which face economic imbalances have started resorting to cryptocurrencies as a medium of trading across the world. According to the recent reports on the crypto adoption rate in different countries of the world, Turkey grabbed the first spot as it had the highest cryptocurrency adoption rate in the world while Brazil stood at the second place in the rankings.

The Bitcoin community is fast gearing up towards its most crucial event in the coming year, and that is the third edition of “Bitcoin halving.” Halving refers to the process which brings down the bitcoin rewards for the miners who discover a new bitcoin block to half the original offerings. The process helps to keep a check on inflation and has had good results on the Bitcoin price in the past as well.

Interestingly, each halving process indicates the decrease in the supply of the asset, and it is revealed that the year 2140 would mark the mining of the last bitcoin in the world. The process makes the existing Bitcoin assets even more valuable and so is likely to leave a major imprint in the industry.

No matter how deep knowledge you have about the cryptocurrency world or how keenly you observe the changing trends, the dynamics of the industry can still boggle your mind and trick you to the core. But it is this unpredictable nature of digital currencies, which has made them gained popularity in the financial space. Keeping the above-mentioned reasons in mind, it will be interesting to see what the coming year holds for Bitcoin and the crypto community as a whole.