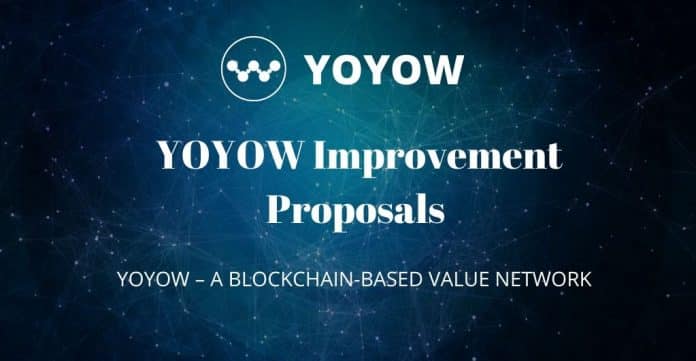 The blockchain-based content value network- YOYOW (You Own Your Own Words) Committee, has recently announced an approving of standards and procedures for YOYOW improvement proposals (YIP).

As per the official announcement by YOYOW, the main objective behind this approval is to promote the:

What is the process of the YOYOW improvement proposals?

The announcement laid a few steps through which the YOYOW improvement proposals process will take place. Those steps are:

What are the YOYOW Committee’s standards?

The standards that define the reviewing of the proposals are:

Once the proposal meets the standards:

Upon meeting the above standards defined by the YOYOW committee, the committee will review the proposal. This will be followed by voting through committee members.

The proposal will get passed upon receiving:

Once the proposal gets passed, the parameters will get updated accordingly.

YOYOW is basically trying to create a blockchain network that can quantify contribution in the content production sector. It uses blockchain technology’s decentralized consensus structure to achieve this aim. Along this process, the platform intends to reward the participants who help in structuring of this aim.