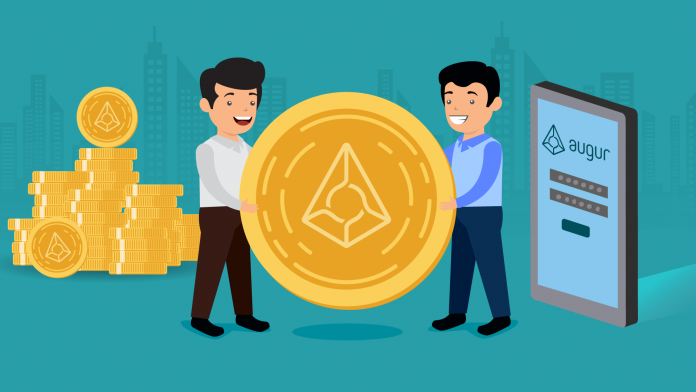 Augur’s price improvement is quite relieving for the traders as it registered a 21% hike over the last week. This is a strong indication that the upcoming period for the REP coin would bring new heights in terms of price.

According to the latest updates from Augur, its v2 will enable manual migration from Augur v1 REP tokens. If one wants to participate in the Augur v2 universe, they will need REP v2.

Also, there isn’t any immediate requirement for migrating from REP v1 to REP v2 upon deployment.

However, in case, Augur v2 entered the forking process, then the migration might become a necessity. The same may call for Augur v2 and all existing REPv2 and REPv1 to participate. This is called Use It or Lose It.

The week-long price movement of Augur against Tether is reflecting massive escalation. Starting from July 19, the currency was trading at 19.34 USDT, and it hovered around the same level till the next day. From July 21, the REP price marked substantial escalation and crossed 20 USDT marks. Towards the day end, the price was near the immediate resistance level at 25.01 USDT.

On July 22, the Augur price crossed its immediate resistance at 25.01 USDT; however, it couldn’t hold this level due to selling pressure and faced a sudden decline. The plunge took the REP price to 23.43 USDT, and it continued to trade bearishly until yesterday. Later, the currency managed to regain momentum and marked steady upside movement and crossed 24 USDT, but today, it again faced slight regression. However, at the press time, Augur initiated recovery and continued to trade with strong support from its MA20 & MA 50 at 23.49 & 23.43 USDT.

As per the MACD chart, the currency holds upward momentum as the lines are forming bullish crossover. As per the current price trend and technical indicators, Augur might retest 25 USDT shortly.