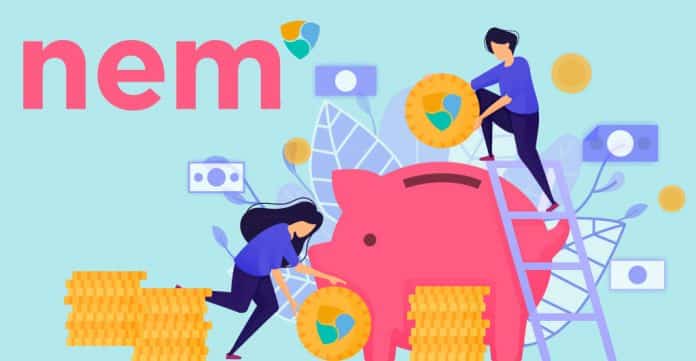 NEM coin’s recent market momentum has astounded many in the market. The currency has been holding the current position strong from over a couple of days and looks like it might continue the same. The heavy pick and drop might affect the coin but not substantially.

According to recent news, NEM has invested in SharpShark. The company is a Symbol-powered time-stamping service provider that protects the creator(s)’ copyrights. SharpShark also allows the tokenization and transfer of intellectual property along with the auto-monitoring of violations.

SharpShark aims to diagnose plagiarism, remove copyright infringement to give users complete control over their respective creations. Ultimately, the service allows the users to experience an equitable decentralized option for safeguarding intellectual property.

SharpShark protects image and text copyrights – by tokenizing intellectual property and timestamping. Designed with the optimum utilization by the end-user in mind, the solution could be leveraged by users across industries, from writers, journalists, and academics to artists, photographers, and designers.

For protecting work, SharpShark will be seen publishing the digital signature of the images and text to the Symbol blockchain and author details to authenticating the authorship in compliance with the policy. The data will be then stored in an immutable form.

Sasha Ivanova, CEO SharpShark, replied to the interviewers: We’re excited about the venture with the NEM team for further development.

The weekly chart of NEM/USD is reflecting a recovery. On July 17, 2020, the currency was trading slightly above its immediate support at $0.0451. The coin locked itself around the same level till July 18, 12:00 UTC. Later, the price was seen spiking, and in the next couple of hours, the currency breached the resistance level at $0.0529. However, in the later hours, NEM felt market pressure, and hence, the NEM price spotted trading around $0.0499.

The MA20 & MA50 are at $0.0504 and $0.0502 respectively. The averages are currently reflecting a bearish crossover. Additionally, the MACD is also reflecting bearish crossover as the signal line has overlapped the MACD line. The upcoming period might reflect a short-term correction.

As per the technical counters, NEM is currently near its pivot point. The chances are ripe that the XEM price slips to the immediate support level at $0.0495. The upcoming days in the coin are speculated to remain stagnant.