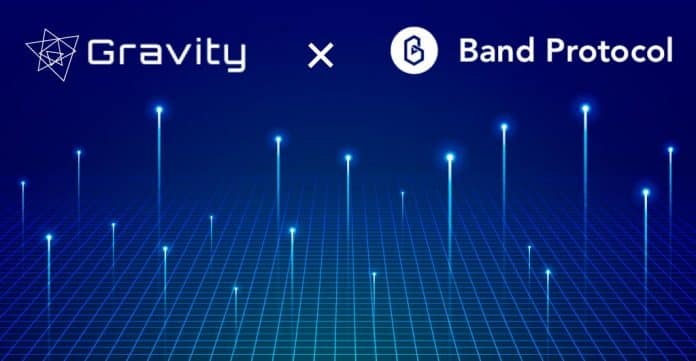 Gravity, a leading blockchain agnostic protocol based on Waves ecosystem, has announced to collaborate with Band Protocol, which is a cross-chain oracle platform. The partnership is aimed at building a decentralized blockchain-agnostic oracle network through Gravity adapters. The new integrated ecosystem will combine all the existing blockchain networks and decentralized solutions. For this, Band Protocol will provide all types of data like on-chain events, APIs, and the external data sources to power the decentralized applications on Gravity.

Waves blockchain-agnostic solution provides deep integration of the various ecosystems on the Band network, thus maintaining the integrity of the decentralized networks.

As per this strategic partnership, Band Protocol will be operating as a connecting link for all the blockchain adopters of the interoperability solutions of Gravity. This partnership came as a result of both the Band Protocol and the Waves protocol collaborating to launch the next version of DeFi and Web 3.0 applications. The powering of Interchain DApps and DeFi will render the DeFi products accessible on all chains in a frictionless manner, using the features of the underlying blockchain platform.

According to the official news made public by Gravity on social media, the decentralized blockchain-agnostic oracle network will be built on the Waves Protocol. The Twitter post of Gravity reads:

Oracle is an essential element in any protocol that helps the data and applications to be transferred from outside to a blockchain network. This collaboration of Gravity with Band Protocol will enable the Gravity nodes to retrieve oracle data from the oracle network of Band Protocol. Therefore, developers of any Gravity powered decentralized application can emit any oracle query on the Band Protocol and can also prove that the query emitted is unaltered and valid.

The cross-chain design of Band Protocol will ensure data integrity across all the decentralized web applications across the network. Moreover, the oracle technology of Band Protocol is highly scalable and caters to the growing demands of network usages of the developers.

This partnership is mainly aimed at organizing and coordinating the adapter development for various blockchain networks, giving the node developers the liberty to use and monetize data services as per their requirements. Though blockchains can provide immutable storage and verifiable computations, it is not competent to access data that is available outside the blockchain network.

This collaboration with Band Protocol will add on a new specification so that the smart contract applications can be built on-chain without relying on the single point of failure of any decentralized network.