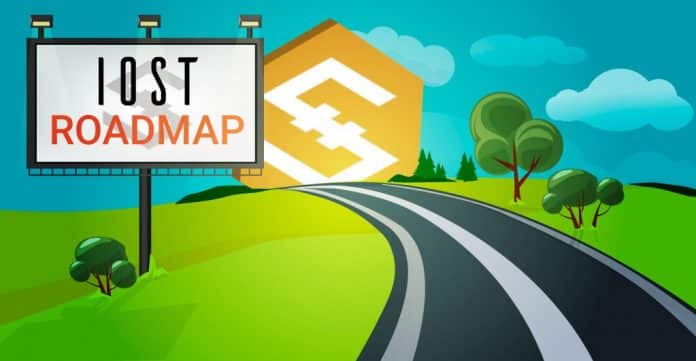 IOST is a decentralized blockchain network based on the next-gen consensus algorithm “Proof-of-Believability” (PoB). IOST aims at creating a robust infrastructure for online services that meets the scalability and security needs of a decentralized economy.

The IOST is supported by top-class investors like Matrix, Sequoia, and ZhenFund and is currently one of the big four public chains after EOS, Ethereum, and TRON. The PoB algorithm provides high scalability and a second layer solution to IOST. IOST has over 400 global nodes, and multiple wallets apart from its unique consensus protocol.

With only a year old Mainnet, IOST has evolved to be one of the leading chains known for its reputed government collaborations and partnerships all across the world. The IOST project team now mainly focusses on blockchain technology. Its R&D team comprises top blockchain experts from the top Universities like Stanford, Princeton, Tsinghua University, MIT, and Beijing University, having at least three years of experience in the blockchain network.

Due to the global pandemic affecting the whole world, some of the crucial activities and meetings of IOST had to be postponed. However, the team managed to complete most of its missions that were scheduled to be completed by the end of the first half of the year.

The team has managed to update the Mainnet versions of IOST from Olympus v3.3.2 to v3.3.5; the new version is much more secure, fast, decentralized, and highly scalable. The IOST partner program has also been updated, and new versions will soon be released after the global pandemic subsides.

The incentive policy of IOST also underwent major changes in the first half of 2020. It was updated from Staking Mechanism v3.0 to Staking Mechanism v4.0, to provide more rewards to the partner nodes that contribute to the ecosystem. Not only this, but the first half of 2020 also saw massive changes in the on-chain governance and mechanism, to strike a balance between governance efficiency and community participation.

In the second half of 2020, IOST plans to explore the DeFi ecosystem and hence has officially announced its roadmap for Q3 and Q4 of 2020. It has collaborated with ProDeFi, a hybrid financing solution, to provide technical support to each other. IOST and ProDeFi have complimenting features that will give expanded access to the blockchain network of IOST.

ProDeFi is a decentralized financial network that bridges DeFi and the traditional financial systems with a semi-decentralized approach, leveraged transparency, and the security features that of centralized systems.

As per Terrance Wang, the co-founder of IOST,

ProDeFi allows more cross-chain transactions to take place within the IOST network that will benefit both the chains to receive and send money around the world. The integration of IOST with ProDeFi is expected to overcome the scalability problem that the platform currently faces. To reduce the scalability problem, it implements the PoB algorithm to offer higher TPS rates of 8000 transactions per second. The semi-centralized approach of ProDeFi will pave the way for traditional P2P lending markets that will, in turn, benefit the IOST ecosystem by enabling the lenders to benefit from the same amount of capital. The integration will also broaden the provision for online services while preventing users from falling prey to the existing financial systems and monopolies.