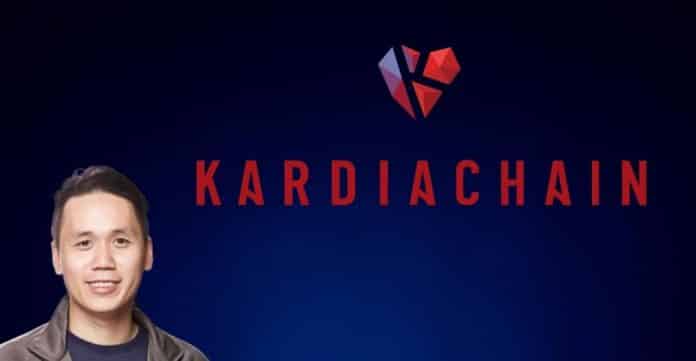 With many blockchain players competing around, blockchain solution providers are having a hard time achieving blockchain adoption among mass audiences in the non-crypto business. In one such effort toward aligning masses to the blockchain, KardiaChain has appointed Johnny Tri Dung as its new Chief Business Officer (CBO).

Johnny has been actively helping KardiaChain to promote its blockchain technology in the traditional Vietnam business space.

Johnny comes from an entrepreneurial background and has a strong business portfolio. Also, he has strong connections with business people in the entertainment industry in Asia. He started his own company BIG CAT Entertainment Group in 2015, where he worked as COO & Co-founder. BIG CAT was later acquired by Asia Innovation Group in 2016.

Johnny’s contribution to the Vietnamese business world has been exemplary. In his various roles, Johnny has worked as a Partner Manager at Facebook Vietnam, helped YouTube to grow its community in Vietnam, and served as CGO at the licensed video-on-demand service GalaxyPlay and as CEO & Co-founder of Compare.vn.

Johnny also acted as Regional Director for the Asia Pacific at CleverAds Corp. and contributed to the company’s success with the establishment of various regional offices in the Philippines and Indonesia. It was his leadership ability that CleverAds’ portfolio grew to more than 100 clients by 2013 involving giants from telecommunications, FMCG, and e-commerce from Indonesia, Malaysia, and the Philippines. Driven by all this, CleverAds registered a record growth of 220% per year for continuously 4 years.

He did not just stop here and went on to working as Director of Strategic Business Development at Tiki, the leading e-commerce platform in Vietnam. He also worked as Senior Business Manager of Catcha Digital Asia operating in Singapore and helped the company to restructure and optimize its workflow.

KardiaChain is aiming to leverage Johnny’s strong command throughout the South East Asia region, which is one of the most important markets for the company for achieving its goal.

With the kind of experiences Johnny possesses, KardiaChain is quite confident of making big leaps in the blockchain world with Mainnet launch scheduled by the end of 2020. In his new role, Johnny will be performing market insights and developing new strategies and best practices to reach the critical mass for blockchain adoption.