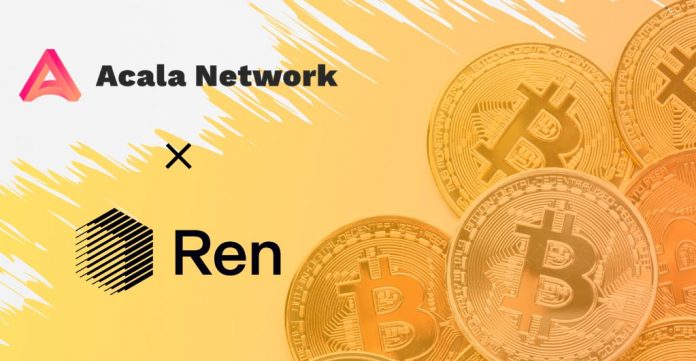 The Ren team was working with the Acala network for quite some time now, and it was the only proof-of-concept that Polkadot has been running so far. Therefore, this collaboration is a step forward to the cross-chain DeFi (decentralized finance) journey to enable permissionless value transfers between blockchains.

Through Ren’s Mainnet, RenVM, the DeFi protocol has been supporting assets like BCH, BTC, and ZEC to fuel the DeFi use cases of Ethereum. Now, with this collaboration, the Web3 community of both the Ren platform and the Polkadot powered Acala network will experience easy access to the DeFi platform.

Bringing the Bitcoin redeemable tokens within the Polkadot ecosystem will bring in myriads of opportunities for the token holders. Talking about this initiative, the Ren CEO, Mr. Taiyang Zhang, said,

As soon as the PolkaBTC token is created, the users can use the new token throughout the Polkadot blockchain network, and any PolkaDot BTC holder can redeem it for actual bitcoins any time.

However, until recently, there were no DeFi products ready to enlist PolkaBTC tokens for lending or collateral purposes, but with this collaboration, RenBTC can now be used as security for aUSD credit facility. This Ren-Acala partnership also brings in other opportunities like, from now onwards, the RenBTC tokens can be traded for other assets like ACA, DOT, LDOT, and XBTC apart from BCH, BTC, and ZEC on the Acala network.

Additionally, the RenBTC users can, from now onwards, participate in the Proof-of-Stake validation and earn huge staking returns by trading DOT assets. The RenBTC tokens have also been integrated as a native transaction fee token. New RenBTC token holders can trade on the Acala network by using the RenBTC tokens to pay the fees, thereby making RenBTC a more powerful cross-chain DeFi product on the Acala platform.

Users can get the opportunity to experience the benefits of the integration of REN-Acala at the Acala Mandala Festival Season #3, which is scheduled to start on Monday, July 27th. There will be a cross-chain trading competition where the users can mint the RenBTC tokens via DeX. The initial minting fees of RenBTC tokens on the Acala platform will be waived, which is an added advantage to the new Ren users.