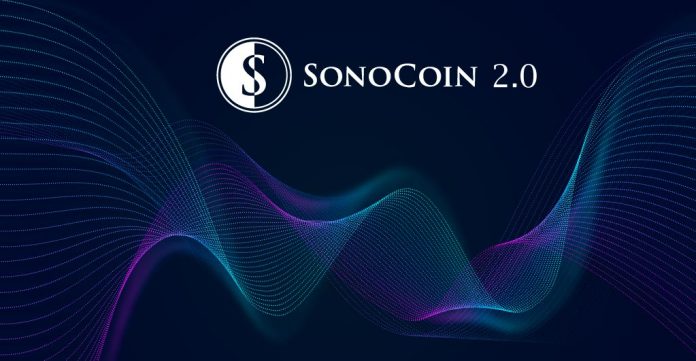 Let’s explore the new functionalities of SonoCoin 2.0 to get a better understanding of how this upgrade will work.

SonoCoin blockchain components that receive upgrades include a network module, a storage module, cryptocurrency architecture, and consensus algorithm. With this update, coins have now been attributed to the public keys of wallets. This update has one major benefit as it eliminates the transaction outputs for linking payments, resulting in a 30% increase in SonoCoin blockchain throughput.

SonoCoin has released an in-browser online integrated development environment and smart contracts as a part of the upgrades to its blockchain platform. These smart contracts can be executed via a WebAssembly (WASM) virtual machine, which supports the Rust programming language.

An escrow account is used to conduct cryptocurrency transfers. It also allows the token holders to perform complex payments between multiple parties. Further, users have the privilege of scheduling and splitting those payments whenever they want. With an escrow account, SonoCoin aims at reinventing cryptocurrency transfer using unique channels such as sound, messenger, QR code, and Bluetooth.

The latest update facilitates in-app SonoCoin token migration via an updated wallet. As per the company announcement, the update has been made available to token holders using Android, while it is still in beta for iOS and web-based users. After downloading the update,

users will be able to transfer tokens to the new blockchain platform. Furthermore, SonoCoin has announced to discontinue wallet support for Windows, Mac, and Linux.

According to Alex Schevchenko, the CTO of SonoCoin, to make the recent upgrade successful, accessibility to all new functionalities will be restricted for a while. However, these functionalities can be accessed by the users once the migration is complete, he added.

SonoCoin uses a Proof-of-Stake protocol (PoS) and data-over-sound solutions for enterprises to transact cryptocurrency via encrypted audio files based on the native blockchain protocol.