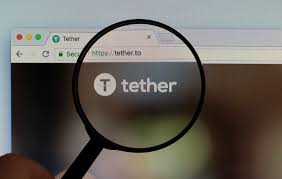 Monday saw a huge bounce in the sector of virtual currency. This was because, Tether, that is, a virtual currency pegged with the US dollar saw a decrease in the price. At the same time, there was a drastic increase in the value of the numerous prominent currencies. In a feat shocking several experts in the sector, the value of Bitcoin soared past the $7000 mark and the price of Bitcoin reached a point higher than any other value, $7700. Moreover, Tether which is attached to the US Dollars so a decrease in price by 7 percent. There can be noticed an increase in the premiums on the virtual currency as well.

Needless to mention, a subsequent decrease in the prices was expected considering that there was a drastic surge in the rates in the past. There can be noticed a decrease by 4 percent in the price of Bitcoin. Even as the decrease was expected from the various experts, it can be believed that the condition of Bitcoin in the market is better than it used to be previously. There is a lot of positivity that can be noticed in the value of Bitcoin compared to the previous week. With the increase in value can be noticed an increase in the trading volume as well.

To indicate a definite increase in price in the future, the value of Bitcoin will have to stay stable at $6550 and also break out of the mark that was set by it as resistance, that is, $6800. Moreover, the statement issued by Tether authorities was that the currency was sufficiently backed by the dollars and that there will be stability in its value. However, there is little that the authorities within Tether can say to change the manner in which Tether has been affected by the latest developments. increasingly, a number of people are preferring safer, better alternatives like PAX and Gemini dollars.

There is a chance that more legitimacy can be added to this sector through the means of a number of prominent names entering the sector, the recent name added to this list is Fidelity.